Economic Consequnces of the TIP Report 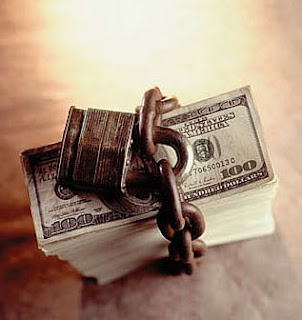 For all the fanfare surrounding the State Department's release of its annual Trafficking in Persons report back in June, we haven't heard much since.

We certainly didn't hear (at least I didn't) about the memo from President Obama, which authorizes the withholding of "certain funding" to some countries as a result of the report. And since you may not have heard about it either, I thought I'd share some of the information.

Section 110 of the Trafficking Victims Protection Act states that "it is the policy of the United States not to provide nonhumanitarian, nontrade-related foreign assistance to any government..." that does not comply with the TVPA minimum standards and makes no effort to comply. Subsection (d) details the action that can be taken against such countries (I'll spare you those details...)

The memo breaks down as follows:
The State Department is authorized to withhold certain funding from Burma, the Democratic People's Republic of North Korea, Zimbabwe, Cuba, Eritrea, Fiji, Iran, and Syria.

Of those countries, a partial waiver is allowed for Burma, Eritrea, Fiji, Syria and Zimbabwe. The partial waiver allows funding to continue for programs that are believed to promote anti-trafficking efforts or are "otherwise in the national interest of the United States."

The President acknowledges that the following countries are not making efforts to comply with the TVPA, but believes that assistance from the U.S. should continue, as it supports programs that promote anti-trafficking efforts or are "otherwise in the national interest of the United States": Chad, Kuwait, Malaysia, Mauritania, Niger, Papua New Guinea, Saudi Arabia and Sudan.

The memo, dated September 14, accounts for all 17 countries on this year's Tier 3 list.

I, for one, am glad to know that the TIP report continues to get attention and results in actions against countries that are not making efforts to combat human trafficking.
Posted by Stephanie at 9:15 AM No comments: