The operation, called Operation Cross Country III succeeded in rescuing 48 children who had been enslaved in forced prostitution rings. In addition, over 550 people were arrested on state and federal charges of domestic child trafficking.

Twenty-nine cities, from California to Maine, participated in the operation.

The operation was part of a larger nationwide initiative called Innocence Lost, which aims to combine the efforts of federal law enforcement agencies, prosecutors and social service providers to address the growing problem of forced child prostitution. Since its inception in the Spring of 2003, Innocence Lost has recovered over 630 children who may otherwise have endured the daily abuse of forced prostitution for the rest of their lives.

These stories often come as a shock to people who think forced prostitution, slavery and trafficking don't happen on U.S. soil anymore. Though the problem isn't as prevalent in America as in other countries, it remains a problem here none-the-less.

Read the FBI's press release
See the list of cities involved in the operation
Posted by Stephanie at 2:25 PM 1 comment: 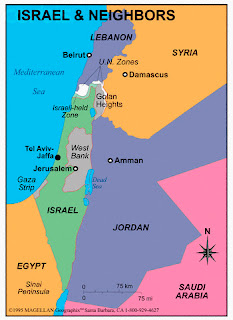 In another bit of good news, the Jordanian government has adopted legislation aimed at fighting and preventing human trafficking. The move comes in response to complaints from the international community that local companies are sending foreign workers to Iraq against their will.

Passed on 25 January, the legislation calls for the creation of an anti-human trafficking commission that will not only implement new anti-trafficking laws, but will also open a shelter for trafficking victims.

A report from IRIN states that, in 2008, several Amman-based companies were accused of forcefully transporting Asian workers through Jordan and into Iraq. In August of that year, a Nepalese man filed a lawsuit in which he stated that he and several others were offered bogus jobs as kitchen and wait staff for local Amman restaurants; but after accepting the jobs, their passports and other identification were confiscated and they were sent to Bagdad. The lawsuit also claims that twelve of the man's friends, who were in Bagdad under the same false pretenses, were killed there.

Labor leaders in Jordan have said the new anti-trafficking law could not only help prevent human trafficking, but improve working conditions for tens of thousands of foreigners employed within the country's borders.

Source: IRIN News
Posted by Stephanie at 5:05 PM No comments: 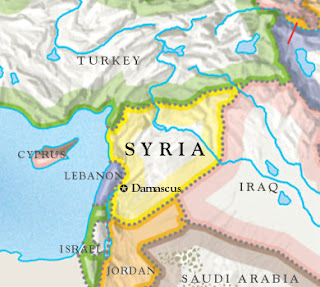 It was an event that when largely unnoticed, and was - of course - not covered at all by our media here. But it was significant none-the-less.

During the first week of February, a shelter for victims of human trafficking opened in Syria's capital city of Damascus. The shelter will provide not only protection, but a chance for women and children who have been brutally victimized to begin rebuilding their lives. A story published on the Integrated Regional Information Network's (IRIN) website says the shelter has 20 beds, a communal area, kitchen and bathroom. Additional rooms are available for psychological and medical care, and also for legal advice.

Though Syria now officially recognizes that human trafficking is an issue, it does not yet have any laws against the trafficking of persons either to, from, or through its borders. The U.S. State Department's Trafficking in Person's Report listed Syria as both a destination and transit country - meaning that trafficking victims either pass through Syria on their way to a neighboring country, or they are sold within its borders.

The lack of protection has caused some countries - like the Philippines - to ban their citizens from working, or even looking for work, in Syria.

Despite Syria's dismal record in the prevention of human trafficking and protection of its victims, the opening of this shelter is cause for cautious optimism. Plans are already underway to open a 2nd shelter in the northern part of the country. And the government is currently drafting its first-ever counter-trafficking legislation.

Source: IRIN News
Posted by Stephanie at 9:09 PM No comments:

More about the World Cup

In my continued search for information about the 2010 World Cup in South Africa, I found an article warning about the dangers of child trafficking during the event. Again, is isn't something I would have thought about, but it makes sense.
Posted by Stephanie at 10:25 PM No comments: