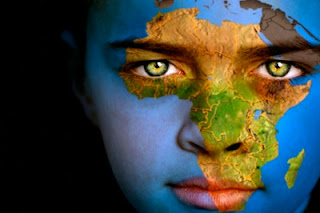 A week ago, people across the nation (and around the globe) were glued to TVs and computer screens, watching a JiffyPop-like balloon float serenely across the Colorado sky. The gentle image was oddly juxtaposed against the fear and panic felt by many who believed there was an 11-year-old boy trapped inside.


When the balloon landed sans cargo, everyone feared the worst.
Hours later, the boy was found at home, hiding in the attic. We soon discovered that the whole thing was a hoax, contrived by the boy's attention-seeking father who hoped to parlay the incident into a reality TV show.

The nation (and the world) was outraged to learn it had been duped.
But what's more outrageous is that fact that we got so caught up in the drama caused by this little boy, and yet we ignore the very real dangers faced by tens of thousands of boys around the world everyday.

Just this week, the FBI's Innocence Lost Initiative rescued over 50 kids from forced prostitution. A story about 50 kids who were in real danger, who were rescued from serial rape and abuse, was barely a blip on the collective media radar screen. And those 50 are just the ones that could be found, identified and rescued here in the U.S. There are thousands more out there.

In it's 2008 Trafficking in Persons Report, the State Department cited "boy victims of commercial sexual exploitation" as a topic of special interest. Many, if not most, instances of sexual exploitation go unreported by boys because of cultural and societal stigmas. "The beaches of Sri Lanka, Mexico, and Dominican Republic are host to men seeking sexual encounters with boys who are pimped by men or other boys," the report says.

Those who aren't trafficked for sexual exploitation are subject to slave labor. UNICEF's "Manual to Fight Trafficking in Children" cites a 2000 report from the ILO which estimated that the total number of trafficked children, globally, was 1.2 million.

And an April, 2008 report from Reuters quoted a Chinese newspaper as saying that children were being "sold like cabbages" into slavery. Unless something significant has changed between then and now, those kids are still enslaved.

I don't fault the Heene family for trying to use our overly-eager media and 24-hour news cycle to their advantage. I do, however, think we all need a friendly and stern reminder that there are real balloon boys out there to which the media pay almost no attention at all. If the general public, ordinary people like you and I, don't pay attention and advocate for them, who will?

The Hennes have had their 15 minutes (and then some). Let's turn our attention to boys who are in real trouble, and need real rescuing.
Posted by Stephanie at 9:35 AM No comments:

The Sin of Omission 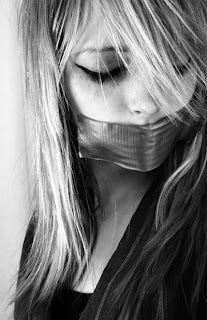 Last Saturday, Detroit news station WXYZ ran a story called "Tricks and Truckers" about commercial sex activity at a Detroit truck stop, across the street from Greater Apostolic Faith Temple. I wish the story was still on their web site, but I couldn't find it this morning.

The premise of the story was this: prostitutes were soliciting truck drivers at a local truck stop, and people from the church were offended and wanted the prostitutes to either be arrested or "chased away." The story, like so many others, vilified the prostitutes but said little about the people who exploit them.

I don't know the individual stories or situations of the women in this story. What I do know is that, statistically speaking, some of them are likely victims of sex trafficking - forced into prostitution by a pimp, "boyfriend", "friend", etc. A vital piece of information that was glaringly absent from this report.

Needless to say, I was disappointed that the investigative reporter, Heather Catallo, didn't use this opportunity to educate her audience about sex trafficking and the sexual exploitation of women and girls.

I emailed Heather a week ago, immediately after I read the story. I expressed my disappointment, shared some statistics about sex trafficking and also shared stories of women who had been trafficked and sexually exploited in the Detroit area. I asked her to run a follow-up story sharing accurate information about sex trafficking in America.

I have not received a response.

The fact that her story has been pulled from the website is a small victory - at least the misinformation isn't out there anymore - but it isn't enough. Reporters have a responsibility to report the truth, and her story didn't do that. As a result, she aided in perpetuating the stigmas surrounding prostitution, and made criminals out of women who may very well be victims of numerous crimes.

Please join me in asking Heather Catallo to report an accurate story about sex trafficking and prostitution in America. One that calls out the real criminals - the Johns and the pimps. Urge her to report the truth about the criminal sexual exploitation of women in this country and around the world.


photo: freespiritteen on Photobucket
Posted by Stephanie at 12:20 PM No comments: 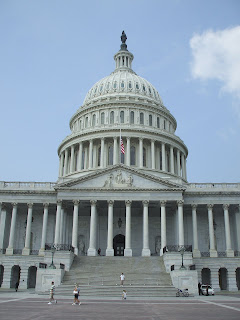 In the mid-19th century, novelist Herman Melville, commenting on the wave of immigrants coming to the U.S., was quoted as saying “You cannot spill a drop of American blood without spilling the blood of the whole world.”

We can draw two conclusions from this statement: 1) it is more accurate today than ever before, and 2) the reverse must also be true – to spill a drop of foreign blood is to spill the blood of an American. The men, women and children of the world are our brothers and sisters, and to the degree that we are able, we must guard and protect them.

That is the motivation behind House Resolution 2737 – The Child Protection Compact Act. First introduced by Rep. Chris Smith (NJ-4th), the bill seeks to increase funding for the State Department’s Office to Combat Trafficking in Persons (G/TIP) and forge partnerships between the United States and other countries that are committed to eradicating child trafficking.

This is an exciting piece of legislation for those who are passionate about ending child trafficking. It has been carefully crafted to ensure that money is spent on programs that actually work. This isn’t someone’s best guess. It was written by people who have been in this fight for a long time; people who know what it takes to save and protect children from this horrible crime.

If passed as written, the Child Protection Compact Act has the potential to significantly impact global efforts to combat child trafficking and the exploitation of children by driving resources deep into a select few countries rather than spreading it thinly across the globe.

Though the bill has been introduced, it still has a long way to go. Most bills never make it out of committee because there are just too many bills and too little time. And when I say “most”, I mean 90 percent or more. H.R. 2737’s chances will increase if we raise our collective voice.

Now that Congress is back in session, I urge you to call your Representative, and ask for movement on the Child Protection Compact Act.

Posted by Stephanie at 4:30 PM No comments: